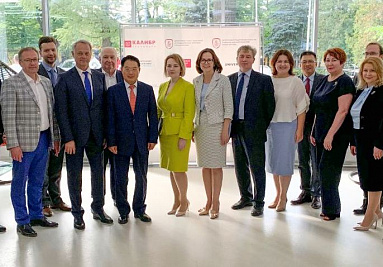 On 3rd June 2019 Ms Gulnaz Kadirova, Deputy Minister of Industry and Trade of the Russian Federation, with the government delegation and Mr Li Yong, Director General of UNIDO, visited the creative industry cluster at Kalibr Technopark.

One of the main companies in this field, located in the territory of Technopark, is SOLSTUDIO, which has participated in all leading textile exhibitions all over the world for many years. The manufacturing line of the company uses most advanced equipment, which deals with pre-printing preparatory processes, high-speed printer, equipment for washing and fixing patterns. This technology is eco-friendly. All the equipment is remotely operated and allows printing on natural, artificial, synthetical and mixed fabrics. Ms Alexandra Kaloshina, founder and owner of SOLSTUDIO, actively cooperates with folk artistic craft enterprises such as Zhostovo Art Plant, Pavlovsky Posad Shawls and others.

The delegation was presented the innovations of the residents of Kalibr, JSC such as a module eco-house created by Ineeco, a ready-for-use accommodation module with autonomous electricity, vertical clarifying filters, solar batteries, bathroom and interior finishing; an A-class three-wheeled electric vehicle created by OOO Ev-Tech, which was designed of components produced in Russia, able to speed up to 100 kmh; and a lamp wireless digital-to-analog converter and Qoobi ONE preamplifier that converts digital music from any smart phone to an analog format with high quality.

Ms Kadirova noted that this visit was organised as part of the collaboration agreement between the Ministry of Industry and Trade of Russia and UNIDO, which was signed during the II Eurasian Women’s Forum. The development of a creative industry cluster, including the one based at folk artistic craft enterprises,  was identified as one of the key fields.

Having acquainted with the innovations created by the residents, Mr Li Yong, Director General of UNIDO, drew the attention of the delegation members to the fact that Kalibr Technopark is a great example of the fourth technological revolution in reality.

The creative industry cluster has been developing at Kalibr Technopark since 2018. Nowadays, more than 150 high-tech companies are located in the territory of Technopark. They specialise in the following fields: driverless transport, telecommunication technologies, medical research and technologies; tool engineering and metalwork; additive technologies; digital printing on fabric.

As Mr Kogan, Chairman of the Board of Directors of Kalibr JSC, noted, in 2020 the company will be ready to receive new representatives of creative industries, as the reconstruction of the new engineering and laboratory building of Technopark is about to be finished, which will allow accepting up to 50 extra companies. 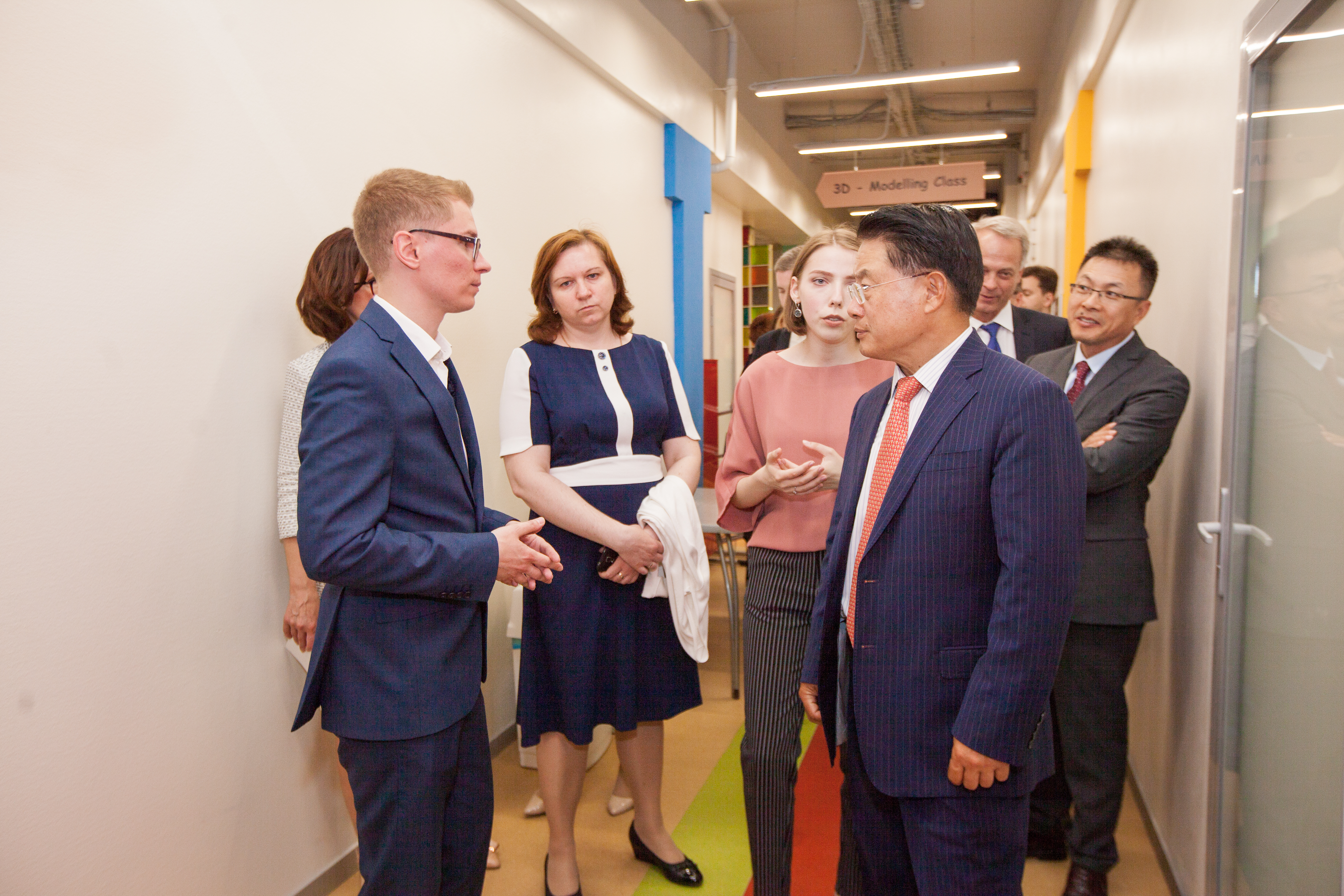 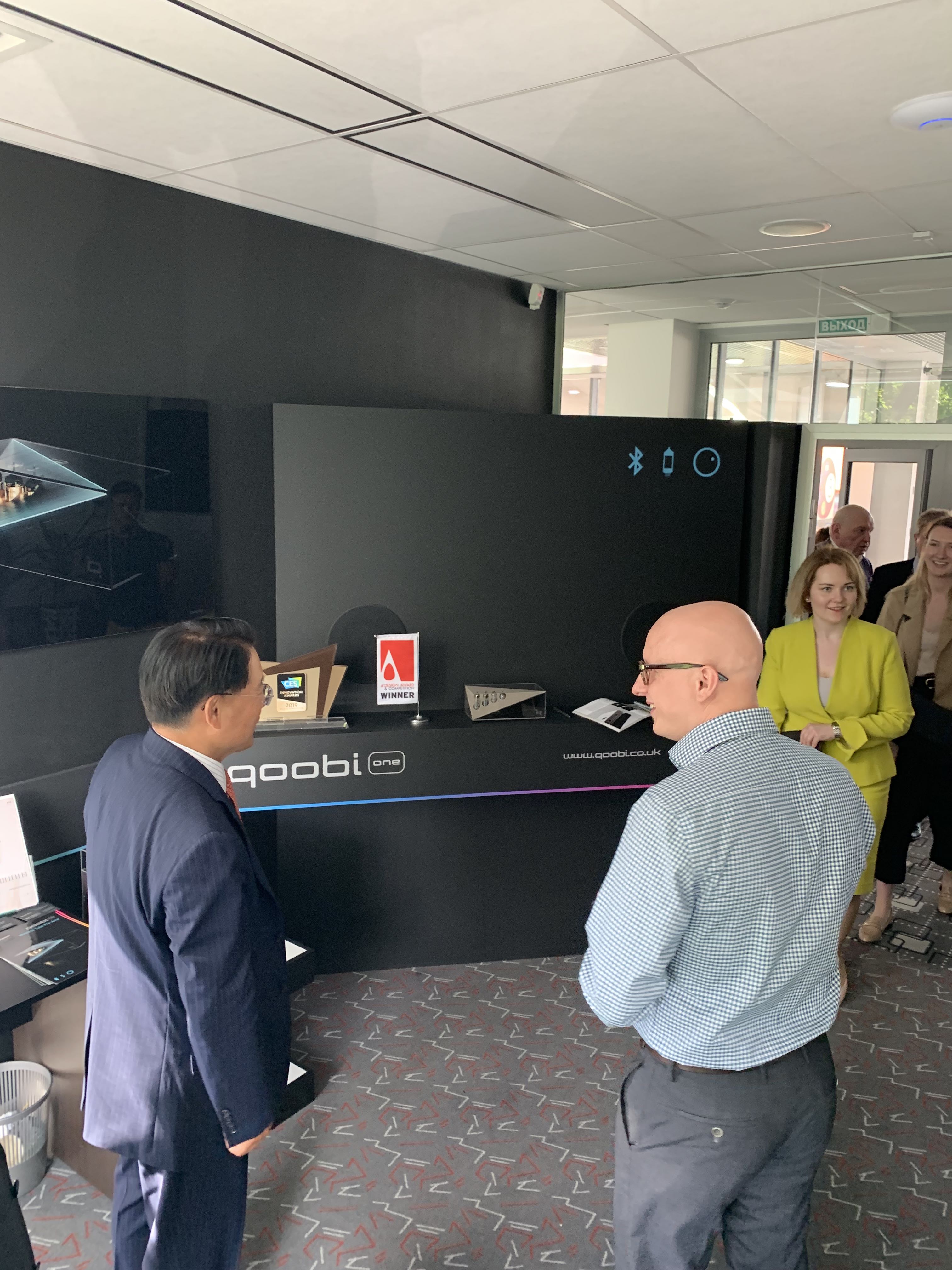 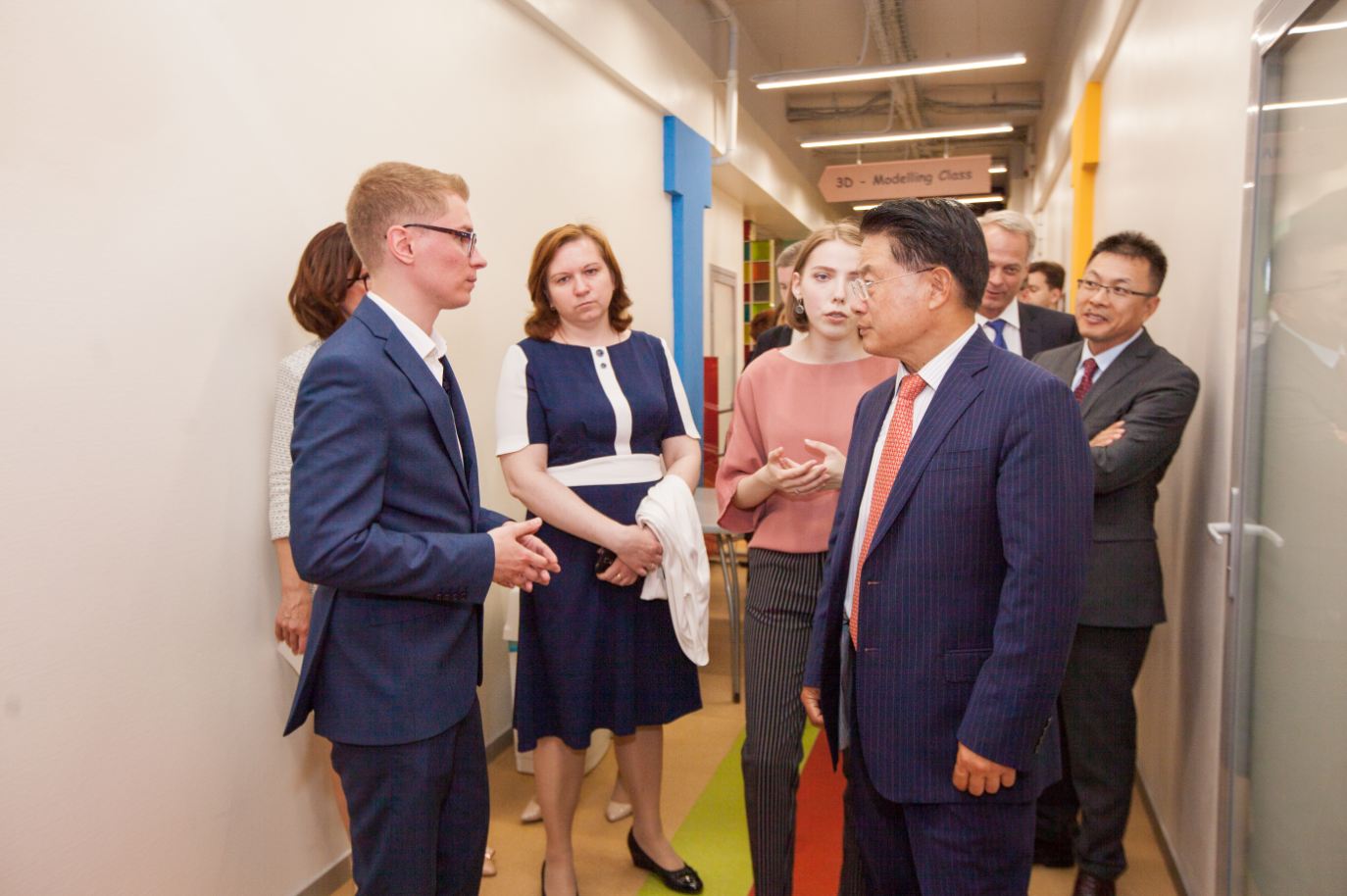 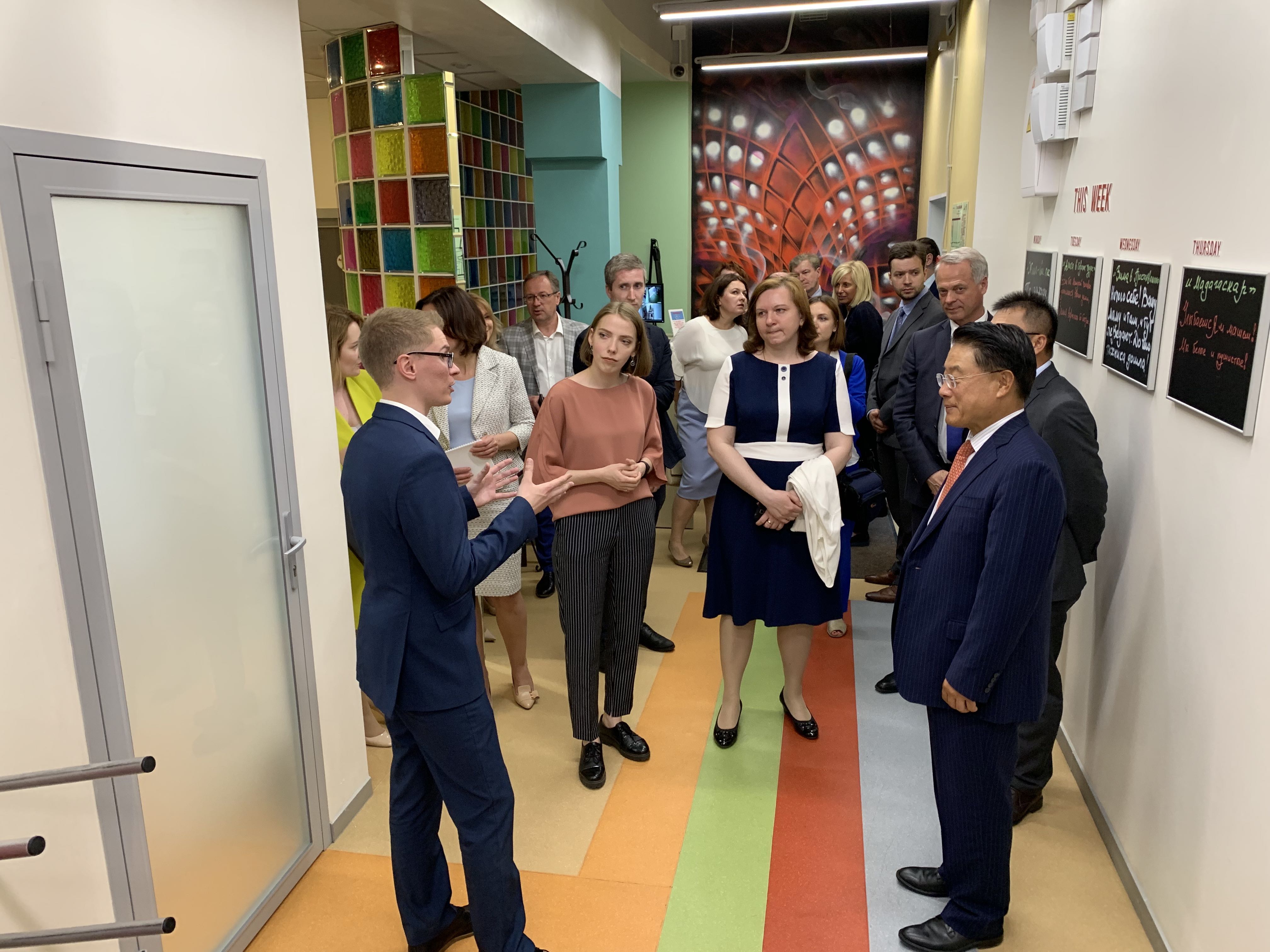 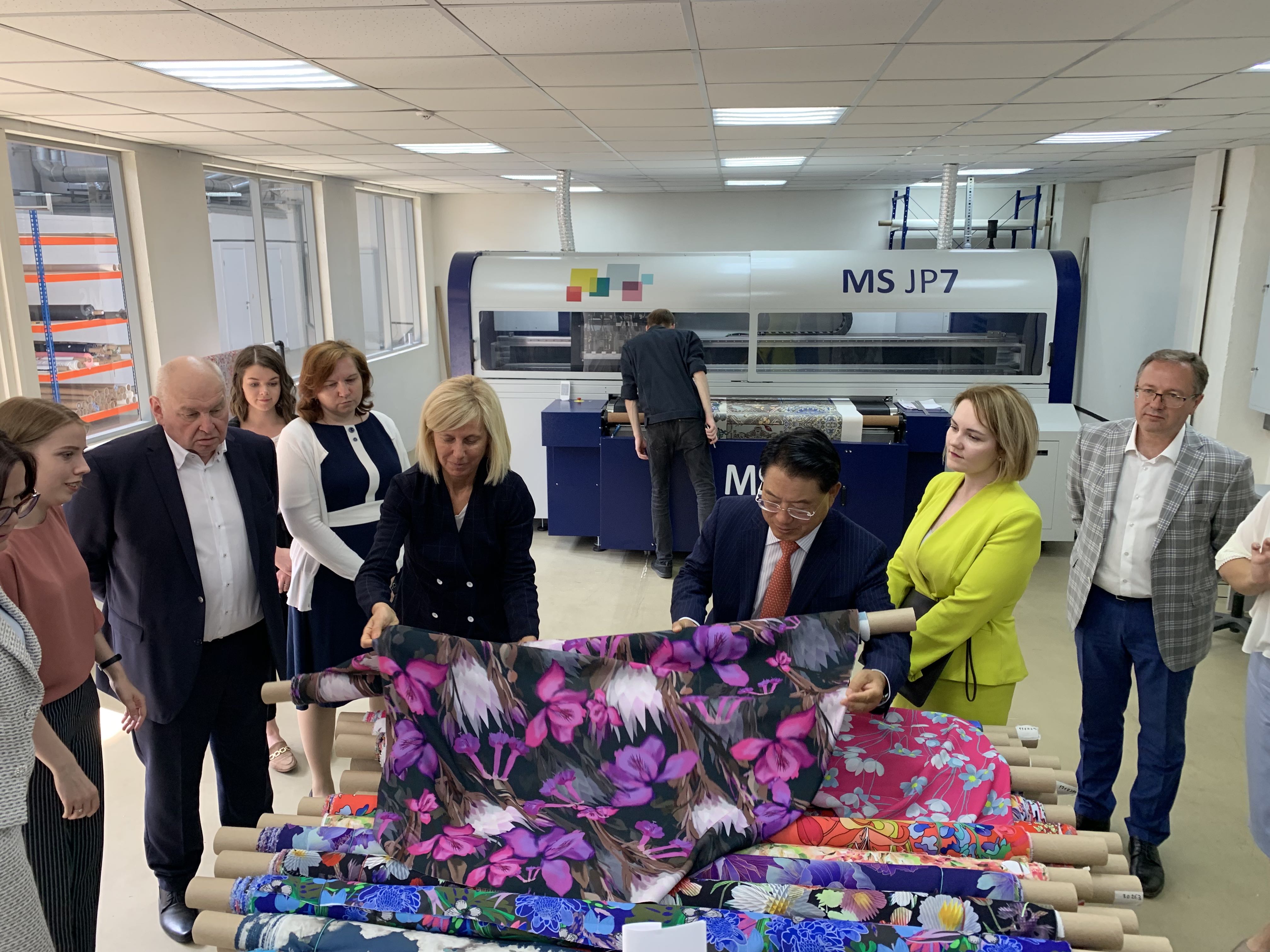 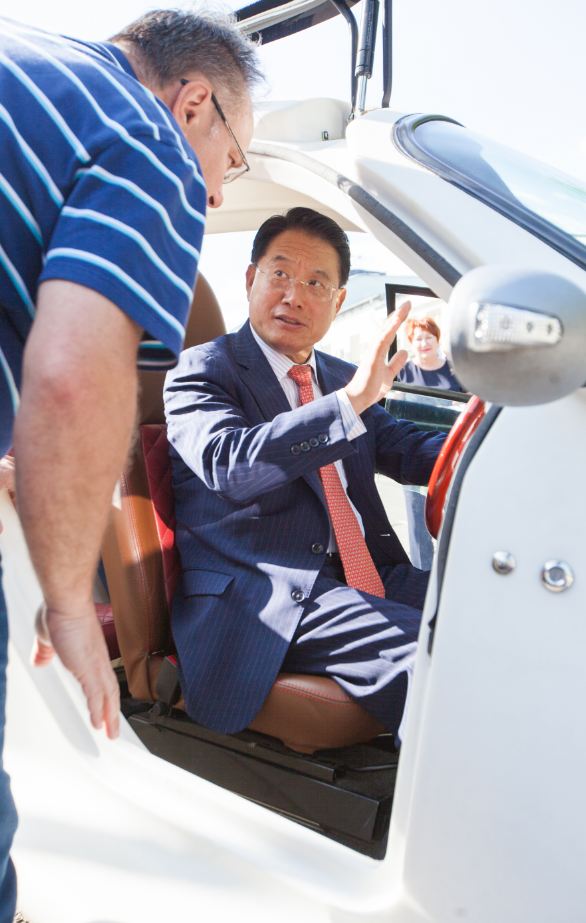 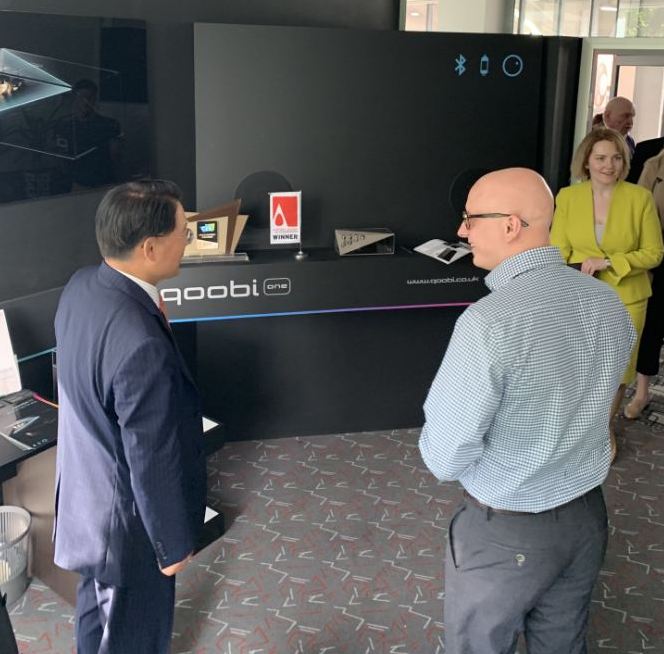 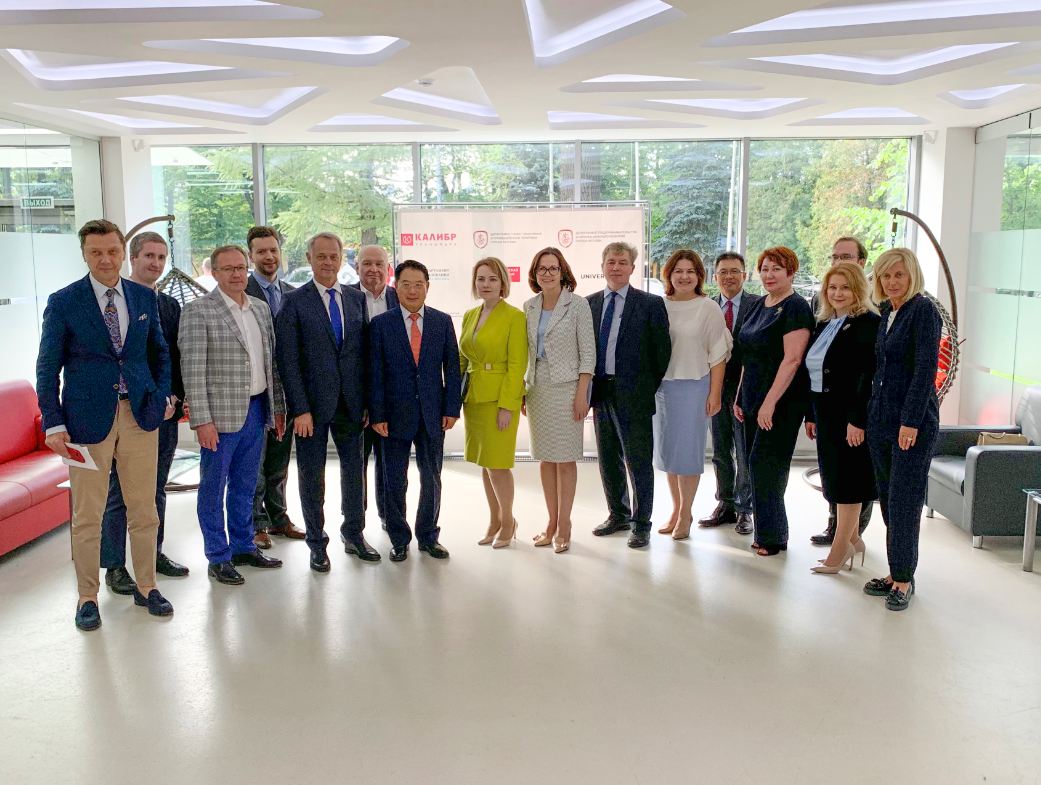 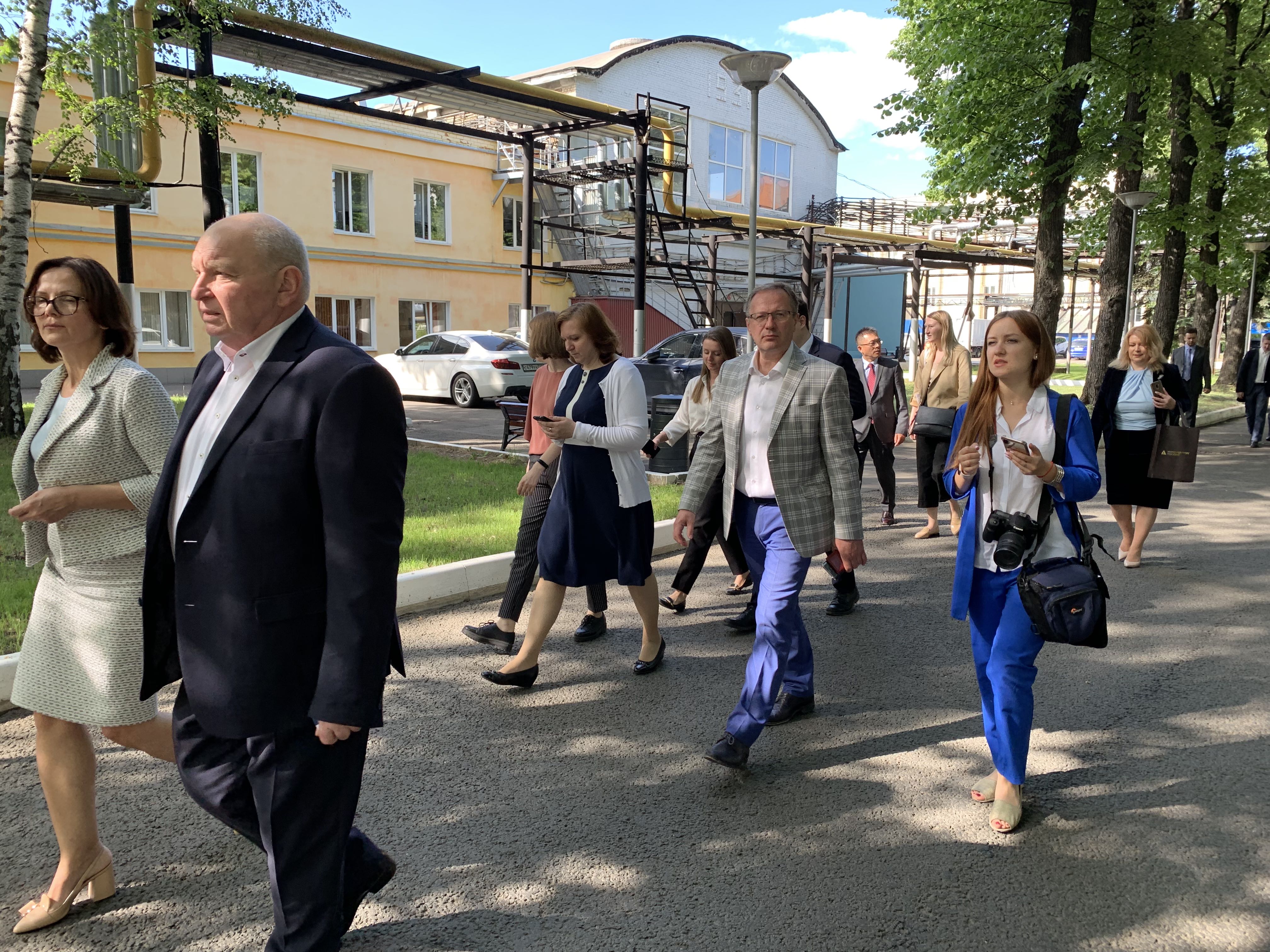